Danger lurks in the dark (2) 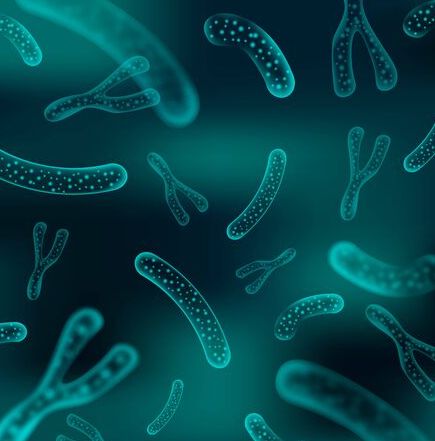 Shortly after the last water column appeared, I received the laboratory results of a water sample of well water from a finca in inland Mallorca.
At first, the document read very well, high pH value and few pollutants. But an extremely high number of bacteria startled me.

On 100 ml of water, 232 Escherichia coli (coliform bacteria) were counted and 4 bacteria called Pseudomonas aeruginosa. The latter shocked me, because this bacterium is a dangerous hospital germ that is resistant to several antibiotics. (Source Wikipedia)
How do such bacteria get into the water in the countryside?

E coli bacteria can come from both humans and animals. The liquids from septic tanks and the slurry from animal husbandry get into our groundwater.
But how does a hospital germ get into the water?
The Manacor Hospital is only a few kilometres away from this finca. It is conceivable that underground watercourses carry the germ from there.
No matter how… What is important is my recommendation in the last column to have well water tested again and again, and to disinfect the water depots.

← Prev: We are on the next fair IBIZA HOME MEETING Next: Your green footprint! →

We use cookies on our website to give you the most relevant experience by remembering your preferences and repeat visits. By clicking “Accept All”, you consent to the use of ALL the cookies. However, you may visit "Cookie Settings" to provide a controlled consent.
Cookie SettingsAccept All
Manage consent

This website uses cookies to improve your experience while you navigate through the website. Out of these, the cookies that are categorized as necessary are stored on your browser as they are essential for the working of basic functionalities of the website. We also use third-party cookies that help us analyze and understand how you use this website. These cookies will be stored in your browser only with your consent. You also have the option to opt-out of these cookies. But opting out of some of these cookies may affect your browsing experience.
Necessary Always Enabled
Necessary cookies are absolutely essential for the website to function properly. These cookies ensure basic functionalities and security features of the website, anonymously.
Functional
Functional cookies help to perform certain functionalities like sharing the content of the website on social media platforms, collect feedbacks, and other third-party features.
Performance
Performance cookies are used to understand and analyze the key performance indexes of the website which helps in delivering a better user experience for the visitors.
Analytics
Analytical cookies are used to understand how visitors interact with the website. These cookies help provide information on metrics the number of visitors, bounce rate, traffic source, etc.
Advertisement
Advertisement cookies are used to provide visitors with relevant ads and marketing campaigns. These cookies track visitors across websites and collect information to provide customized ads.
Others
Other uncategorized cookies are those that are being analyzed and have not been classified into a category as yet.
SAVE & ACCEPT